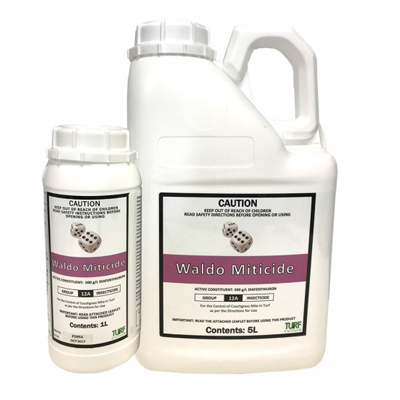 Waldo Miticide helps control mites on the lower leaf surface in dense turf canopies which are not sprayed directly with the product.

Shortly after exposure, the pest stops feeding, becomes irreversibly paralysed and there is no further damage to the plants.